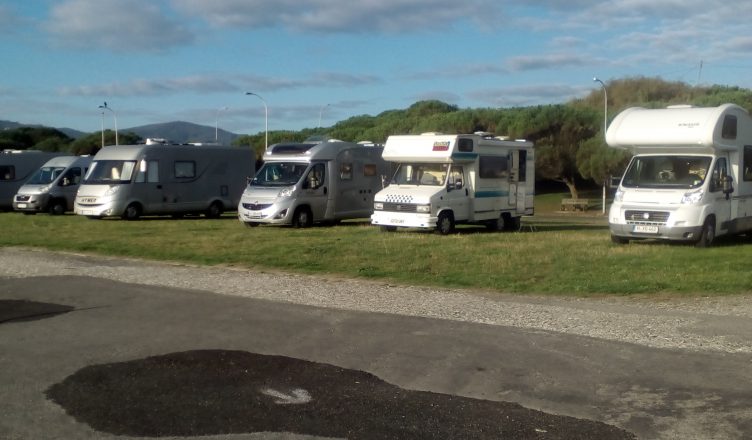 Having now travelled around 200km along the north coast of Spain in a reasonably small camper van, stopping at various surfing beaches, hiking through woodland areas and generally exploring the Spanish countryside, all in the company of my son Dom, has made me appreciate the important things in life.

Some people seek companionship, the support of another to see them through the day, maybe just the sense of belonging to something is all that’s needed, food and shelter go without saying, but high on our priority list is one of the simplest of things ……. A hot shower! 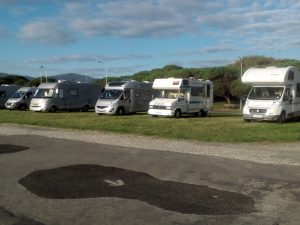 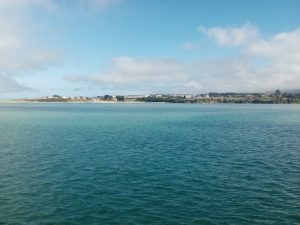 Today our prayers were answered: in the small town of Foz we found a municipal swimming pool, although we couldn’t use the pool because we didn’t have swimming caps, we could use the showers etc ….. Luxury! Oh we also found a launderette: the simple pleasures of life on the road.

This place (Foz) is great, there’s a large sandy beach, a little harbour, plenty of shops and bars and the Aire (motor home parking) is right on the waters edge, certainly one of the best views we’ve so far had from the van (picture above).

On the way here we stopped at a few spots, all great. In Navia there’s an outdoor sports are with football pitch, cycle track and running track(s), and in the main car park is the changing rooms, which also appear to be a youth club that the users (we assume) have ‘decorated’ with some great graffiti: this is just one of three buildings. 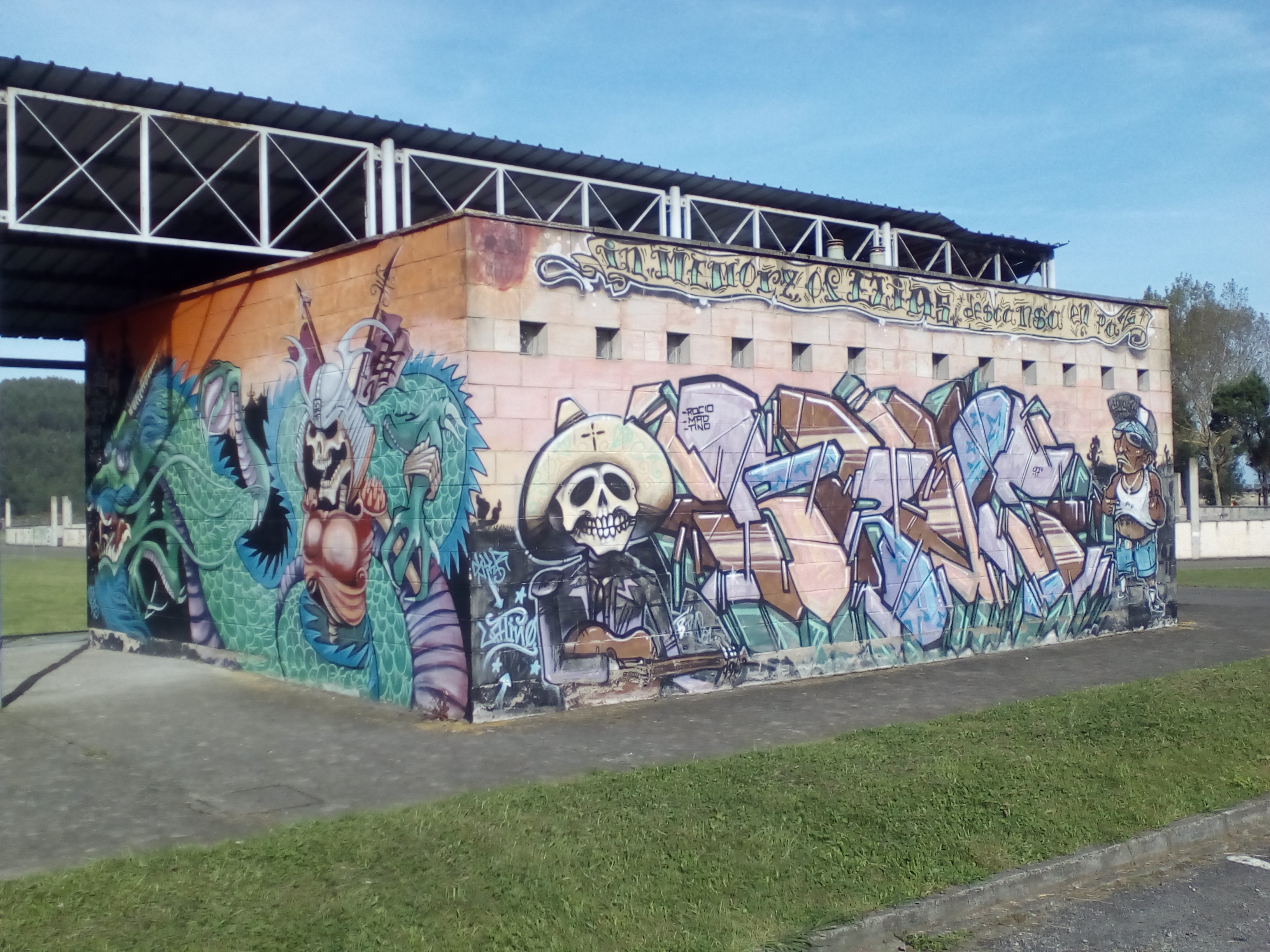 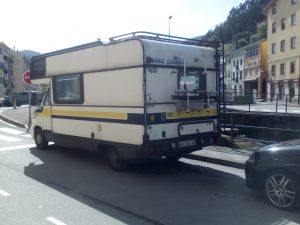 Spotted this camper yesterday, we’ve not seen many older than ours, and although I don’t know how old this one was it certainly looked older.

We do tend to stand out among the ‘posh’ vans, some costing more than a small house, but it’s normally us that people take notice of, perhaps it’s just their shock that we’ve made it this far: little do they know we’ve 1,000’s of miles still to go. 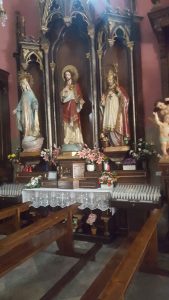 In he same town that we saw the old van we also came across a large church with the doors open, so we took a peak. The main church was a bit plain but around the walls were various scenes, almost like individual alters, quite beautiful. 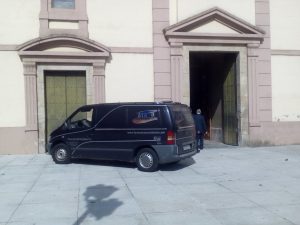 It didn’t seem like the church was normally open to the public so we had a quick look around and thought it better we left, but as we were leaving I said to Dom that knowing our luck the doors were open because of a special event, a wedding perhaps, but oh no worse: this was parked outside.

I don’t think you can make out the writing on the van, but yes you guessed it, we were in the middle of a funeral!

Not sure what the next few days will bring, but the forecast is good and now that we don’t smell (quite as bad) and we’ve got plenty of clean clothes it doesn’t really matter.