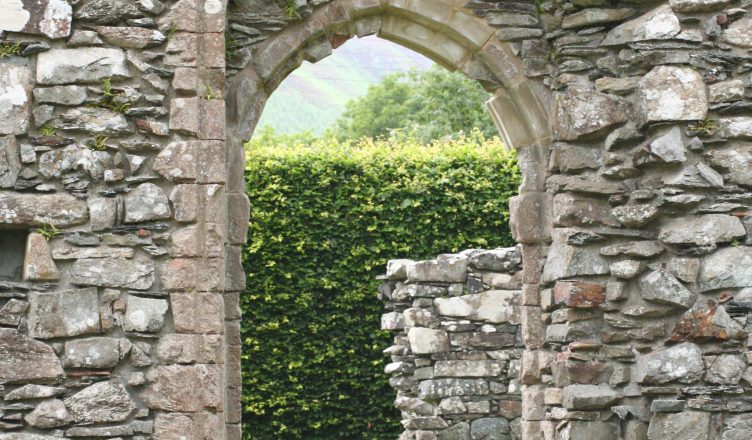 To fully appreciate all the park has to offer you’ll need to spend a few days, if not a week(s), but I’ll try and give you some highlights tours that will focus on the main sites to visit. The idea is to create a circular itinerary you can follow, starting and finishing anywhere along the route.

Today’s tour starts in the town of Harlech, a convenient meeting point would be the small car park behind the railway station, there’s also a well stocked shop to buy your goodies for lunch just across the road.

From the railway station you can’t help but notice the imposing castle above you. Work started on the castle in 1283 and it was one of the ring of castles built as part of Edward 1st fortifications during his conquest of Wales. If you’re reasonably fit the easiest way to visit the castle and main town is to stroll up the hill, but for the less able there are a number of car parks in the town, however you get there the views from the castle/town are well worth the effort.

Once your Harlech adventure comes to an end we’ll continue our tour by following the A496 South, that’s keeping the castle on your left and the sea on your right. Approximately a mile from Harlech you’ll see a sign for Llandanwg (right), take this road and follow it to the small car park at the end (pay and display parking).

The parish church of St.Tanwg is just behind the beach in the sand dunes, only around 20 metres above the high tide mark. The church is medieval, probably dating from the 13th century, but there are three fifth to sixth century inscribed stones and two stones with inscribed crosses inside the church which indicates much earlier activity, much of the churchyard is buried by sand, but stroll around the available ‘ground’ and see if you can find the war graves of a Royal Welch Fusiliers soldier and that of a Royal Garrison Artillery officer of World War 1; amongst others. While you’re here nip down to the beach for some great photos.

To carry on with the tour drive back to the main road and turn right aiming for Barmouth.

The coast road you’re following passes through a number of small villages, and you’ll often see signs pointing down to the beach (on your right) if you really want to, go and have an explore, but you’re heading towards a great beach so there really isn’t any need, except to get some great pics!

Arriving in Barmouth town you may find the road a little narrow, but don’t worry, there’s plenty of room. Keep going through the centre of the town until you come to a kind of split in the road with the right fork being a 90 degree turn: take the right. (If you miss the turning don’t worry, in a few yards you’ll see a railway bridge on your right, turn here) Follow the road to the junction where you want to turn left over the railway line, then next left and just after the lifeboat station left into the car park, remember to buy a ticket!

From here explore Barmouth, the town, the beach and the bridge …… you can walk alongside the railway line across the river and get the most spectacular views, worth the few pence ‘toll’

Once Barmouth has given up its secrets we can carry on with the tour by following the road towards Dolgellau, that’s keeping the bridge and river on our right as we leave the town. About a mile along the road there’s a lay-by on the right: a great place for some pics.

You’re now driving along the Mawddach estuary, Mawddach being the name of the river to your right. After around 8 miles you’ll come to a roundabout, take the right turn towards Dolgellau, follow for around a ¼ of a mile then turn left following the sign for Cymer Abbey. It’s best to park near the river/bridge and then walk through/past the caravans to see the abbey ruins. Take a look at the ‘old’ bridge over the river, pay attention to the ‘graffiti’ scratched into the stones, some going back to the early 1800’s.

Continuing on: drive back to the road and if you’re ok for time turn left and visit Dolgellau, it’s an old Welsh market town, once very affluent due to wood production and of course the ‘Gold’.

Our tour route follows the road, turning right from Cymer Abbey and straight on at the roundabout towards Blaenau Ffestiniog. In around 3 miles you’ll pass a pub on your left, the ‘Tyn Y Groes’ and then in a few yards a turning to your right towards some river side parking.

This is a great place to stop and explore the forest and take a walk along the river. This is still the Mawddach river, now flowing through a gold producing region, this is where the gold for the royal rings comes from, you can walk by the river, and maybe you’ll be lucky and spot some gold in the water, but panning is not allowed I’m afraid.

Break over and gold stashed; we better get going before we’re spotted. Back at the road turn right and carry on toward Ffestiniog.

In around 2½ miles we’ll see a sign for the ‘Coed Y Brenin Visitors Center’ coed a brenin, or kings wood, is a forest park with a visitors center where you can find information on the numerous walking and mountain biking trails through the woods, there’s a wealth of information to discover, and they also have a cafe, so it’s well worth a visit.

Still plenty to do, so when you’re ready it’s back to the road heading for Blaenau Ffestiniog.

As we travel you’ll see a lake on your left, this is Llyn (Lake) Trawsfynydd, the area was the filming location for a 1990’s film you may remember: ‘First night’ starring Sean Connery and Richard Gere, if you’ve not seen it look it up and when you do imagine a large castle built in one of these fields. The lake supplied cooling water for a nuclear power station, now being decommissioned, which we’ll pass on the left, there’s a parking area and cafe on the lakeside if you fancy a closer look.

Looking ahead we can now see the Moelwyn mountain range, you may be able to make out a large dam built between two mountain peaks, this is Stwlan dam and is between Moelwyn Fawr and Moelwyn Bach.

This is the historic heart of the Welsh slate production industry, it was reconned that at it’s peak 90% of the slate for the entire world came from here, but now very little remains. Following the signs for Blaenau Ffestiniog (right turn following A470 approx a mile after power station) you’ll pass through a couple of small hamlets and realise that everything here is made from slate, with just a few ‘posher’ buildings being brick. The road is narrow, so take your time, it’s worth the effort to get an idea of how the slate working community would have lived.

Continue on following the signs for Llandudno (A470) and as you leave Blaenau Ffestiniog watch out for the ‘Underground adventure’ sign on your right, this is where we’re going.

Once just an underground slate mine experience, the attraction has now grown into a real one-stop adventure site, there’s mountain biking, zip wires and even underground trampolining, but we’re here today to take a trip underground. You don’t need me to tell you what to do, it’s quite obvious, but I will say ‘Watch your head!’

To continue on our tour turn left out of the slate mines and follow the A470 towards Porthmadog, picking up the signs for Harlech, the road takes you through some great scenery, so stop if possible for photos, you eventually arrive back to our starting point in Harlech.

This is where I’ll say ‘Hwyl Fawr am rhwan’ that’s welsh for Goodbye ….. For now!

Don’t forget to check out our other tours of Snowdonia.