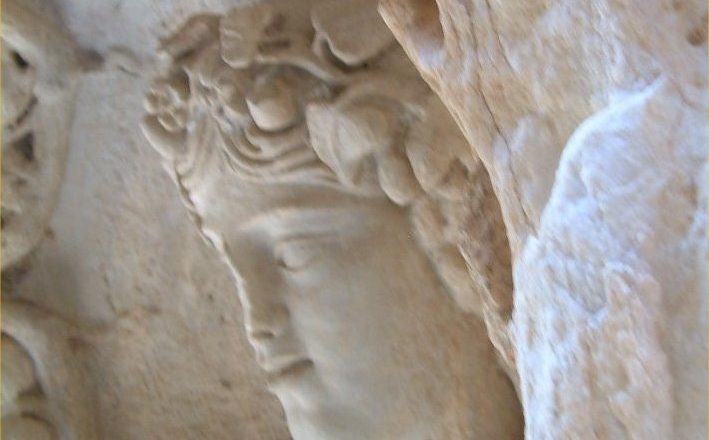 Side is located around 70Km West of Antalya on the Turkish Mediterranean coast and at first glance looks like most other coastal tourist towns; long beach’s strewn with sunbathers watching the sailing, windsurfing and powerboat rides all sitting beside a collection of hotels, bars, restaurants and shops selling all manner of holidaymaker ‘tat’ (and some really nice stuff, you just need to search). But as you start wondering around the town you’ll start seeing chunks of ancient architecture, white marble columns originally from the Hellenistic Temple of Apollo, some still standing others lying down, huge stone lintels with deep carvings, mosaic pavements and ruined buildings. 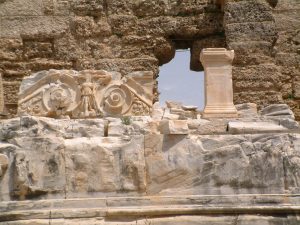 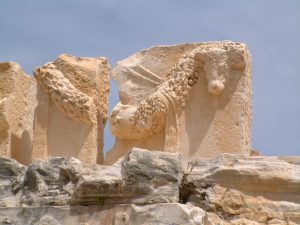 It turns out that Side is essentially a giant open air museum, with bits of history at every turn, and we’re not talking about an old building that’s now a fast food takeaway, but rather streets of ‘ruins’ bringing the past to life. There is an area that has been dedicated as an open air museum with information boards etc. so you can better understand what you’re seeing, but then you round a corner and come face to face with the piece de resistance, a 2nd century theatre that seated up to 15,000 people. 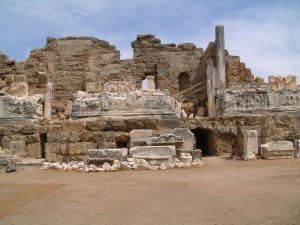 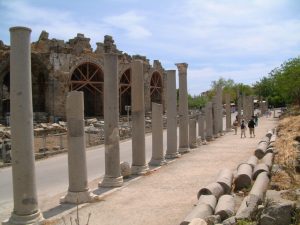 As there was no convenient hill to build the theatre against, as would be the norm, the builders created a grand, vaulted structure, more reminiscent of the Roman style, and this is one of the finest examples in the Mediterranean area. More information on the Side ruins can be found here 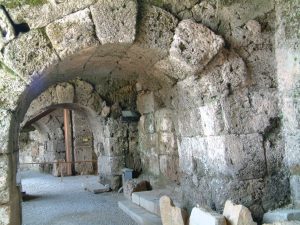 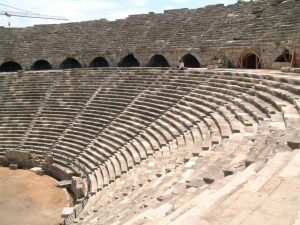